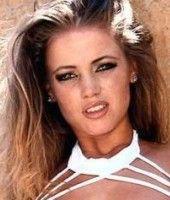 Lydia is alive and kicking and is currently 46 years old.
Please ignore rumors and hoaxes.
If you have any unfortunate news that this page should be update with, please let us know using this .

Lydia Pirelli is a German adult movie star who was born on June 26, 1976. Lydia has worked as an actress since her 21st birthday and has made various soft and hardcore films. In 1998 she received the Venus Award for Best Newcomer.
However, she became known only through her Monday show Alles auf Rot (licht) on 9Live, in which she appeared as the first presenter in Germany completely naked. After the shipment has been arrested for protests from the program, she had her contract with 9Live "sit out". She used this time with performances in clubs and discos and produced her first DVD Latex Fantasy. In the same period, the Frankfurt-based actress repeatedly appeared on TV and twice received the "Raab der Woche".

In February 2005 she moved as "damsel" in the ProSieben medieval fortress The castle. From 20 July 2006 to November 2006 she hosted on 9Live together with Biggi Bardot and Jana Bach the shipment Lanotte, a new edition of its former broadcast everything on red (light). From November 2007 she worked for ATV and led through the Hot Movie Night. In 2009 she participated in wg-der-lust.de, which ran in excerpts in the night program (Pinksim Hot Movie Night) of the Hessian private radio station Rheinmaintv.