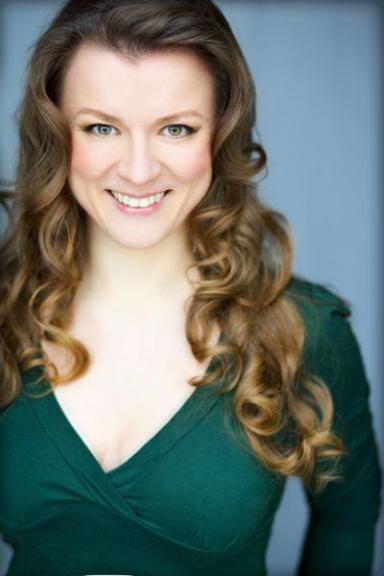 Lyubov is alive and kicking.
Please ignore rumors and hoaxes.
If you have any unfortunate news that this page should be update with, please let us know using this .

Born in Russia and a graduate of the Tchaikovsky Conservatory in Moscow, Ms Petrova made her hugely successful Metropolitan Opera debut in 2001 as Zerbinetta in Ariadne auf Naxos. Since then Lyubov Petrova appeared at the Metropolitan Opera in numerous roles, including Norina in Don Pasquale, Pamina in Die Zauberflöte, Elvira in L’italiana in Algeri, Sophie in both Werther and Der Rosenkavalier, Adele in Die Fledermaus, Blondchen in Die Entführung aus dem Serail, Oscar in Un ballo in maschera, Nanetta in Falstaff, Xenia in Boris Godunov and in Der Ring des Nibelungen as Woglinde.Ms Petrova also appeared for three consecutive seasons at the Spoleto USA Festival in Charleston, South Carolina (Zerbinetta Ariadne auf Naxos, the title role of Lakmé and Despina Così fan tutte).She made her debut in Washington D.C. with performances of the title role in Lucia di Lammermoor. Her debut in the United Kingdom was at the Glyndebourne Festival Opera as Adele Die Fledermaus. This production was also presented at the BBC Proms at the Royal Albert Hall.In concert, Ms Petrova appeared in Moscow at Placido Domingo’s Concert in Red Square and numerous times with the Russian National Symphony Orchestra conducted by Michael Pletnev. She also appeared at the Theater an der Wien in Austria with the Tchaikovsky Symphony Orchestra and Vladimir Fedoseyev and performed with New Jersey Orchestra under Julius Rudel’s baton.Past seasons have seen performances of Zerbinetta Ariadne auf Naxos at the Teatro Real, Madrid, with Los Angeles Opera and Paris Opera, Juliette Roméo et Juliette for Pittsburgh Opera, the title role in Massenet’s Manon at the Teatro Massimo in Palermo, Oscar Un ballo in maschera at Houston Grand Opera, Angelica Orlando and Louisa Betrothal in a Monastery at the Palau de les Arts in Valencia, Gilda Rigoletto with Washington National Opera, excerpts of Sophie Der Rosenkavalier in concert with the Atlanta Symphony, Elvira I puritani with Palm Beach Opera, Violetta La traviata, Lyudmila in Glinka’s Ruslan and Lyudmila, the title role in Rimsky-Korsakov’s Snow Maiden and Marfa in Rimsky-Korsakov’s Tsar’s Bride and a highly successful debut at Glimmerglass Opera as Cleopatra Giulio Cesare to which she received outstanding reviews.“She is nothing short of sensational, the Russian soprano Lyubov Petrova. As Cleopatra in Giulio Cesare, she sings incredibly, acts equally superbly and makes a stunning presence whether flirting, making love or lamenting a tragedy. In her debut with the company, Petrova mesmerizes audiences so much they are tempted to give her standing ovations in the middle of this performance of Handel's work.” Joan Vadeboncoeur, The Post Standard CNY Weekend and Stars.In the 2008/9 season Ms. Petrova sang Susanna Le nozze di Figaro for Dallas Opera, Gilda Rigoletto for Austin Lyric Opera and the title role in Lucia di Lammermoor for Central City Opera. 2009/10 saw performances of Norma at the Bellini Festival in Italy, Zerbinetta Ariadne auf Naxos with Washington National Opera, the title role in L’arbore di Diana at the Teatro Real and returns to Glimmerglass Opera for Susanna.Looking ahead, Ms Petrova will sing Juliette Roméo et Juliette for De Nederlandse Opera and Dallas Opera, Giulietta I Capuleti e i Montecchi at Teatro Massimo, Catania, the title roles of Lucia di Lammermoor with Washington Opera and Pamina Die Zauberflöte with Austin Lyric Opera, among other roles.Ms Petrova was the Queen of the Night in the new film of The Magic Flute directed by Kenneth Branagh and conducted by James Conlon, which was released worldwide in 2007.