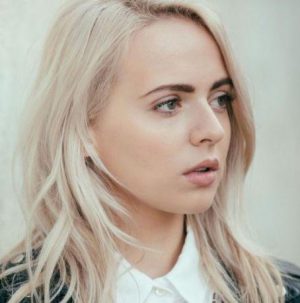 Madilyn is alive and kicking and is currently 30 years old.
Please ignore rumors and hoaxes.
If you have any unfortunate news that this page should be update with, please let us know using this .

Madilyn Bailey (born Madilyn Wold; 2 September 1992) is an American singer and songwriter. She has released one album of covers and an EP of original material. Bailey has toured internationally together with other Youtube performers.
In 2015, her rendition of the song "Titanium" by David Guetta and Sia, gained airplay on Virgin Radio in France. This led to a recording contract with PlayOn in France, a label of Warner Music Group. The song charted in France and Belgium as did the follow-up, a cover of Imagine Dragons' "Radioactive". In October 2015, Bailey released an album of covers in France, entitled Muse Box,, supported by the single "Rude" feat. Flula. A fourth single, a cover of Cher's "Believe" appeared in early 2016.

She was picked in April 2018 as Elvis Duran's Artist of the Month. She was featured on NBC's Today show hosted by Hoda Kotb and Kathie Lee Gifford, broadcast nationally in the United States on April 20, 2018, where Bailey performed a live version of her single "Tetris".
She was born in Boyceville, Wisconsin, to Greg Wold, who works for an advertising firm, and Heidi Wold; she has five siblings. (Jordan (older brother), Alex (little sister), Isaac (adopted little brother), Hayley (adopted little sister), Caden (little brother) Bailey began to play music and write songs at the age of seven. She played in the marching band of Boyceville High School and graduated in 2011. Before becoming an artist, Bailey worked as a certified nursing assistant. She is dyslexic. In 2014, she married Jimmy Benrud.