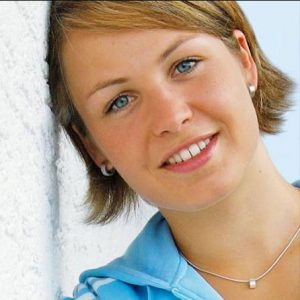 Magdalena is alive and kicking and is currently 35 years old.
Please ignore rumors and hoaxes.
If you have any unfortunate news that this page should be update with, please let us know using this .

Does Magdalena Neuner Have the coronavirus?

Magdalena "Lena" Neuner is a retired German professional biathlete. She is the most successful woman of all time at Biathlon World Championships and a two-time Olympic gold medalist. At the age of 21, she became the youngest Overall World Cup winner in the history of the International Biathlon Union. With 34 World Cup wins, Neuner is ranked second all-time for career victories on the Biathlon World Cup tour. She has won the Overall World Cup title three times, in 2007-08, in 2009-10 and her final season in 2011-12. Neuner retired from the sport in March 2012, citing a lack of motivation and her desire for a normal life.