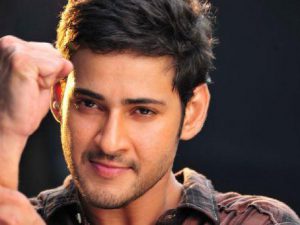 Mahesh is alive and kicking and is currently 48 years old.
Please ignore rumors and hoaxes.
If you have any unfortunate news that this page should be update with, please let us know using this .

Mahesh Babu (born Mahesh Ghattamaneni on 9 August 1975) is an Indian actor, producer, media personality, and philanthropist known for his works in Telugu cinema. He owns the production house G. Mahesh Babu Entertainment Pvt. Ltd. The younger son of veteran Telugu actor Krishna, Mahesh made his cameo as a child artist in Needa (1979), at the age of four, and acted in eight other films as a child artist. He made his debut as a lead actor with Rajakumarudu (1999) and won the State Nandi Award for Best Male Debut.
In 1999, Mahesh made his debut as a lead actor with the film Raja Kumarudu, directed by K. Raghavendra Rao and co-starring Priety Zinta. The film was commercially successful, and people began referring to him with the title Prince. He received the Nandi Award for Best Male Debut. He starred in two films the following year – Yuvaraju and Vamsi. Following their poor performance at the box office, Mahesh starred in Krishna Vamsi's Murari the next year. Mahesh called Murari an important film in his career and the role he played in it one of his favourites. Murari was a commercial success and earned him the Nandi Special Jury Award. Though his 2002 releases Takkari Donga and Bobby performed poorly at the box office, Mahesh received his second Nandi Special Jury Award for his performance in the former.

During the shoot of B. Gopal's Vamsi at Australia, Mahesh began to date his co-star Namrata Shirodkar. After being in a relationship for four years, they decided to get married, and Manjula convinced Krishna in favour of their decision. They were married on 10 February 2005 at the Marriott Hotel, Mumbai during the shooting of Athadu. The couple welcomed their first child, a boy, on 31 August 2006 at the Global Hospital in Hyderabad. The boy, named Gautham Krishna, was a premature baby and was in critical condition during his birth. His condition turned stable after the doctors treated him in time. On 20 July 2012 Namrata gave birth to a girl whom they named Sitara. Before her delivery, they preserved her stem cells using stem cell banking to ensure a better immunity level.
Telugu actress and filmmaker Vijaya Nirmala is Mahesh's step-mother, and actor Naresh is his step-brother. Mahesh's elder sister Padmavathi is married to Galla Jayadev, an industrialist and Member of the Indian Parliament who is currently aligned with the Telugu Desam Party. Mahesh's younger sister Priyadarshini is married to Sudheer Babu, who later made his debut as an actor in Telugu cinema.