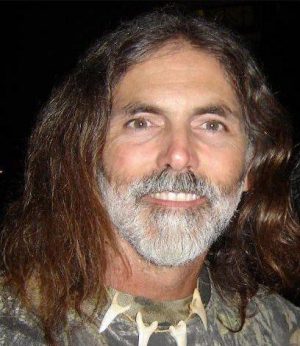 Manny is alive and kicking and is currently 68 years old.
Please ignore rumors and hoaxes.
If you have any unfortunate news that this page should be update with, please let us know using this .

Manny "Sharkman" Puig (born 25 January 1954) is an American wildlife entertainer. Puig is known for his direct approach when dealing with dangerous animals such as sharks, black bears and American alligators. He has made frequent appearances on the television shows Jackass and Wildboyz and also on the Animal Planet show Gator Boyz.
In the late 1990s, Puig worked with Mehgan Heaney-Grier and Mark Rackley, both in training Grier as a free diver and in filming underwater encounters with animals such as alligators and sharks. Rackley worked as a spearfisherman and underwater videographer. Puig had experience as an animal handler on movie sets and had learned how to ride and handle alligators in their environment. The trio formed a company named Extreme Encounters.

Puig has appeared on the television program Jackass, in Jackass The Movie, Jackass Number Two, and Jackass 3D. In these projects, he is credited as an expert on predatory animals. One of Puig's stunts is featured in the second film, where he dives with Steve-O around hammerhead and other dangerous sharks. Steve-O recalled the segment in his autobiography, stating: "The following day, Pontius and I were scheduled to swim with great hammerhead sharks, accompanied by Manny....with the butt piercing wound still fresh, swimming with sharks might not have been very smart, but Manny wasn't worried about it....In retrospect, the fact that Manny was the arbiter of what was safe and reasonable is hilarious. He hatched and okayed plenty of ideas that were clearly not okay. So you knew if he said no to something, that meant "FUCK NO!" As it happened, Manny had no problem sending us swimming with great hammerheads."
Puig was featured on the Outdoor Channel show called Savage Wild. The episodes of Savage Wild take place in the Everglades and surrounding environs near Miami, Florida and range from Manny hunting a wild boar with only a rudimentary spear, or carefully maneuvering through the water with a monster alligator, or handling highly venomous wild snakes, such as water moccasins, in their natural environment. One of his amazing feats is his ability to sneak up right in front of an alligator under water and grab hold of the alligators skin under its jaw and hold on as the alligator thrashes about under water and leaping out trying to bite and shake him off. The cameraman is just as daring as he dips into the murky water to film Puig's feats in the unknown.