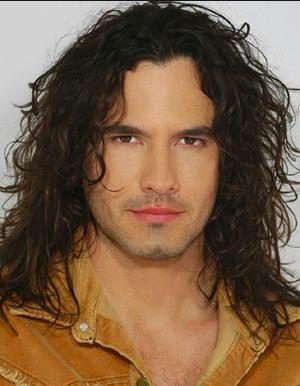 Mario is alive and kicking and is currently 50 years old.
Please ignore rumors and hoaxes.
If you have any unfortunate news that this page should be update with, please let us know using this .

Does Mario Cimarro Have the coronavirus?

Mario Antonio Cimarro Paz is a Cuban actor. He made his big screen debut in Romeo + Juliet (1996). He appeared in the telenovelas Pasión de Gavilanes, which ran from 2003 to 2004, and El Cuerpo del Deseo (2005–2006). He had a recurring role on the USA Network's Necessary Roughness (2011–2013).
He studied intensively with preeminent teachers, including Adriana Barraza (Oscar Nominee) and Bill Alderson. Upon graduation with a degree in drama, he began to pursue roles that would allow him to grow as an artist. Making his big screen debut in the Baz Luhrmann directed "Romeo & Juliet" with Leonardo Dicaprio and Claire Danes. He appeared with Louis Gosset Jr(Oscar Winner) in "Managua". Travelled from the US to Argentina,Venezuela and Colombia where he worked with top writers, producers and directors.

Mario had the opportunity to star in several great Latin-American cultural iconic series Made in USA including "Pasion de Gavilanes" and "El Cuerpo del Deseo", accomplishing his desire to work with iconic writer Julio Jimenes and director Rodrigo Triana. Relentless about creating he then chosed to pursue and starred in "Rockaway" for First Look Studios directed by the Crook Brothers, for which he received critical acclaim for his portrayal of Juju. He also starred as SN coproducing the film "Puras Joyitas" directed by Cesar Oropeza, which has quickly rose to become a number one box office hit in Venezuela. On the small screen, Mario has a recurring role on the USA Network's "Necessary Roughness".
He plays the role of 'Augusto', a Spanish chef that returns incognito to team up with 'Dr. Dani' (played by Callie Thorne) in an effort to surprise 'Jeanette' (played by Amanda Detmer). When he is not traveling the world working, he resides in Southern California.