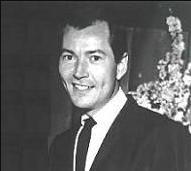 Mark passed away on January 13, 1996 at the age of 85 in Los Angeles, California, USA. Mark's cause of death was cancer.

Mark Herron (8 July 1928 – 13 January 1996) was an American actor best known as the fourth husband of singer and actress Judy Garland. They were married on 14 November 1965 in Las Vegas, but they separated after 5 months of marriage apparently due to his homosexuality. Seventeen months later, Garland was granted a divorce after testifying that Herron had beaten her. He said he had "only hit her in self defense." He appeared in films such as Federico Fellini's 8½ (1963) and Eye of the Cat (1969).