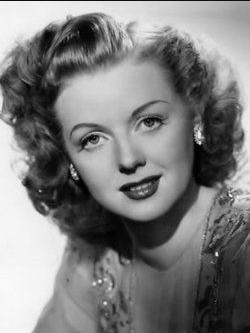 Martha is alive and kicking and is currently 100 years old.
Please ignore rumors and hoaxes.
If you have any unfortunate news that this page should be update with, please let us know using this .

Martha Stewart (born October 7, 1922) is an American film, television and musical theatre actress, and singer. Martha Ruth Stewart Haworth was born in Bardwell, Kentucky and raised in Brooklyn, New York. She was a singer before becoming a film and television actress. She made one appearance on Broadway in a musical, Park Avenue (1946). One of her best-known roles is the murder victim in the 1950 film classic In a Lonely Place. She retired from acting in 1964. She was married to singer-comedian Joe E. Lewis for two years; the marriage ended in divorce in 1948.
She married twice more; secondly to actor-comedian George O'Hanlon from 1948 to 1952, she then married her third and final husband Johnathan Crown in 1952; they remained married until his death in 2004.

The couple had three children, one of whom, singer David Shelley, predeceased her. Despite rumors that she had died in 2012, Stewart is still alive as of October 2018, aged 96, living in California under the name Martha Shelley.
Despite many reports Martha is not dead. She is alive and living in California.