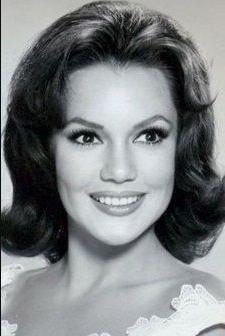 Mary passed away on December 9, 2014 at the age of 77 in Beverly Hills, California, USA. Mary's cause of death was breast cancer.

Mary Ann Mobley (February 17, 1937 – December 9, 2014) was an American actress, television personality and Miss America 1959. She was given the Golden Globe Award for New Star of the Year – Actress in 1965. She was active in many charitable causes and was awarded the Outstanding Young Woman of the Year Award in 1966 by Lady Bird Johnson.
She married actor and television host Gary Collins in 1967. The couple separated in 2011, but reconciled and were living in Biloxi, Mississippi, when Collins died on October 13, 2012. Collins and Mobley had one daughter together, Mary Clancy Collins. Mobley was also stepmother to Melissa Collins and Guy William Collins, her husband's children from his first marriage.

Mobley had Crohn's disease, and had at times been an activist for improvements in treatment. She was treated in 2009 for stage-3 breast cancer. Mobley died at her home in Beverly Hills, California, on December 9, 2014, at age 77, from breast cancer.