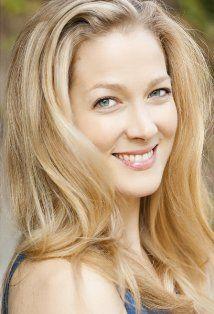 Mary is alive and kicking.
Please ignore rumors and hoaxes.
If you have any unfortunate news that this page should be update with, please let us know using this .

The youngest of eight kids, Mary-Bonner Baker was born during a thunderstorm in Houston, TX and raised in Washington, D.C. in all kinds of weather--both literal and metaphorical. Her free-spirited tendencies were encouraged from an early age and she grew up singing, dancing, goofing, and just generally living out loud.After high school, she spent a year living overseas, in Nepal and Italy. The experience was a life-changer, altogether a profound and humbling adventure. Next was four years at Princeton University, where she studied English and Theater and won the Francis LeMoyne Page Theater Award. Following that, M.B. attended the Central School for Speech and Drama in London and received an MA in Advanced Theater Practice.She then moved to New York to continue her work in theater, appearing in the English-language world premiere of Witkiewicz's Tumor Brainiowicz at La Mama ETC, among other plays. Between shifts at Prune Restaurant, she began acting in scrappy student movies. Soon smitten by film, she migrated to Los Angeles and that's where she lives today--in an old treehouse with her husband, musician Hunter Perrin and their dog, Wolf. Together the husband and wife team created Bandito Royale, a bluesy-noir band fronted by M.B.'s singing alter-ego Lucky Rivers.In addition to many independent projects, Mary-Bonner's film work includes roles as one of Charlie Wilson’s ace secretaries in Charlie Wilson’s War with Tom Hanks, and as a Florida state attorney on a mission in HBO’s Emmy-Winning Recount. Her TV work includes shows such as Criminal Minds and Big Love. She has also worked extensively in commercials, appearing in over twenty national spots. Next up is a role is in the period western The Big Valley with Jessica Lange.And she writes! With her writing partner Wynn Everett, M.B. is the co-creator and writer of a new half-hour dark comedy TV pilot which they developed with producer Michael Novick (Glee) and Playtone (Big Love, Band of Brothers). M.B. and Wynn also penned the webseries The V List together. M.B. is currently at work on a subversive comedy short about the joys and sorrows of people-pleasing, as well as a feature-length dramedy about the circus.In addition to storytelling, the things about which Mary-Bonner is most passionate are:the people she loves good food,the middle of nowhere, tr*pezes, trampolines, the poetry of everyday life and laughing so hard that it hurts.