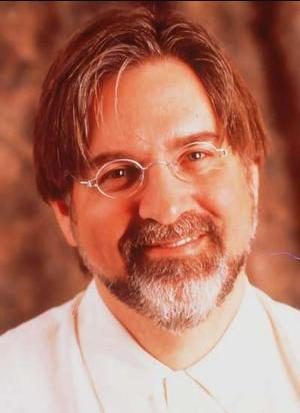 Matt is alive and kicking and is currently 68 years old.
Please ignore rumors and hoaxes.
If you have any unfortunate news that this page should be update with, please let us know using this .

Does Matt Groening Have the coronavirus?

Matthew Abram "Matt" Groening is an American cartoonist, writer, producer, animator, and voice actor. He is the creator of the comic strip Life in Hell and the television series The Simpsons (1989-present) and Futurama (1999-2003, 2008-2013). The Simpsons has gone on to become the longest running U.S. primetime television series in history, as well as the longest running animated series and sitcom.
Groening has won 12 Primetime Emmy Awards, ten for The Simpsons and two for Futurama as well as a British Comedy Award for "outstanding contribution to comedy" in 2004. In 2002, he won the National Cartoonist Society Reuben Award for his work on Life in Hell. He received a star on the Hollywood Walk of Fame on February 14, 2012.

Groening and Deborah Caplan married in 1986 and had two sons together, Homer (who goes by Will) and Abe, both of whom Groening occasionally portrays as rabbits in Life in Hell. The couple divorced in 1999 after thirteen years of marriage. In 2011, Groening married Argentine artist Agustina Picasso after a four-year relationship, and became stepfather to her daughter Camila Costantini. In May 2013, Picasso gave birth to Nathaniel Philip Picasso Groening, named after writer Nathanael West. She joked that "his godfather is SpongeBob's creator Stephen Hillenburg".
In 2015 Groening's daughters Luna Margaret and India Mia were born. Matt is the brother-in-law of Hey Arnold! and Dinosaur Train creator, Craig Bartlett, who is married to Groening's sister, Lisa. Arnold used to appear in Simpsons Illustrated. On 16 June 2018, he became the father of twins for a second time when his wife gave birth to Sol Matthew and Venus Ruth, announced via Instagram. Groening identifies himself as agnostic and a liberal and has often made campaign contributions to Democratic Party candidates. His first cousin, Laurie Monnes Anderson, is a member of the Oregon State Senate representing eastern Multnomah County.