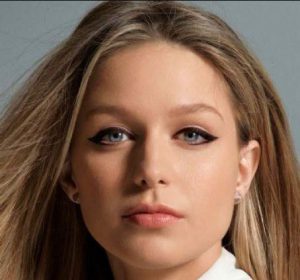 Melissa is alive and kicking and is currently 33 years old.
Please ignore rumors and hoaxes.
If you have any unfortunate news that this page should be update with, please let us know using this .

Does Melissa Benoist Have the coronavirus?

Melissa Marie Benoist is an American actress and singer best known for her portrayal of the title character, Kara Zor-El, in the CBS / The CW superhero drama series Supergirl.
Benoist rose to prominence for her portrayal of Marley Rose on the Fox musical comedy-drama television series Glee (2012–2014). She appeared in films such as Whiplash (2014), Danny Collins (2015), The Longest Ride (2015), Patriots Day (2016), Lowriders (2016), and Sun Dogs (2017) and portrayed David Koresh's wife Rachel Jones in the miniseries Waco (2018). She made her Broadway debut in 2018 as Carole King in Beautiful: The Carole King Musical.

In 2015, it was announced that she and her Glee co-star Blake Jenner were married. Benoist commented that they had been married "longer than anybody knows," with some sources claiming that the couple actually wed the same year of their engagement in 2013. In late December 2016, she filed for divorce citing "irreconcilable differences". The divorce was finalized in December 2017.
In October 2017, Benoist helped with her Supergirl co-star and boyfriend Chris Wood's launch of his website "I Don't Mind" that works to put a stop to the stigma around mental illnesses, admitting that she has struggled with depression and anxiety attacks since she was 13 years old. She said that Wood's words enabled her to admit to others her own issues with depression. On February 10, 2019, the two announced their engagement.
Also that year, Benoist suffered an injury that tore her iris when she hit her eye on a potted plant after falling down stairs. The incident caused one pupil to be permanently enlarged.