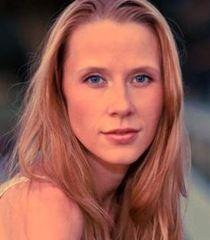 Meredith is alive and kicking and is currently 52 years old.
Please ignore rumors and hoaxes.
If you have any unfortunate news that this page should be update with, please let us know using this .

Meredith McCoy Mauldin is an American actress, singer, and voice actress who has worked for Funimation. Meredith has done national commercials for Radio Shack, AT&T, 7-Eleven, and Chevrolet. Her father Jaan McCoy is a longtime radio personality in the Dallas/Fort Worth area. McCoy has been singing professionally since the age of seventeen. She has sung with the Cary Richards orchestra, traveled all over the U.S. with Vince Vance and the Valiants, and has performed with Ricky Derek's Night 'Oh' Cabaret. She performed with Corner Pocket, a local six-piece jazz/swing band based in Dallas, Texas, as a lead female vocalist and released their album On Cue. McCoy was also featured in the Kenny Chesney Video "There Goes My Life", which won CMT's Flame Worthy Male Video of the Year for 2004.