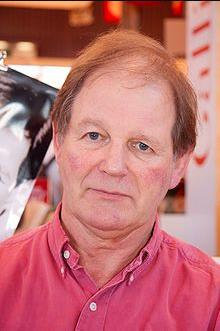 Michael is alive and kicking and is currently 79 years old.
Please ignore rumors and hoaxes.
If you have any unfortunate news that this page should be update with, please let us know using this .

Michael Andrew Bridge Morpurgo, OBE, FRSL, FKC, DL (born 5 October 1943, St Albans, Hertfordshire) is an English book author, poet, playwright, and librettist who is known best for children's novels such as War Horse (1982). His work is noted for its "magical storytelling", for recurring themes such as the triumph of an outsider or survival, for characters' relationships with nature, and for vivid settings such as the Cornish coast or World War I. Morpurgo became the third British Children's Laureate, from 2003 to 2005.