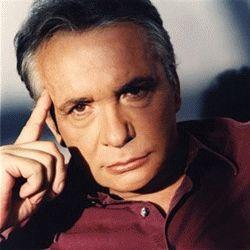 Michel is alive and kicking and is currently 75 years old.
Please ignore rumors and hoaxes.
If you have any unfortunate news that this page should be update with, please let us know using this .

Does Michel Sardou Have the coronavirus?

Michel Sardou is a French singer who was born on January 26, 1947. Sardou sold out eighteen consecutive dates at Palais Omnisports de Paris-Bercy in 2001, while his 2004 album Du plaisir went straight to the number one spot on the French album charts. With a recording career of fifty years, Sardou has released 25 studio albums, 18 live albums and has recorded more than 350 songs (chiefly in French but also in Spanish, Italian and even English) and has sold more than 100 million records. Currently he is considered as one of the most popular artists in the Francophone world and one of the most lucrative, both in sales and in his shows.
He really met true success in 1970, when he released his first studio album, J'habite en France. Three songs extracted from this work became hits : "J'habite en France" ("I live in France"), "Et mourir de plaisir" ("To die of pleasure") but mainly "Les bals populaires" ("Popular Dances"), which reached the top of the French chart.

From this album, the hits would be uninterrupted throughout the 1970s. The songs "Le rire du sergent" ("The Sergeant's Laugh") (1971), "Le surveillant général" ("The Superintendent") (1972) found favour with the public. But his success was sealed in 1973 with the album La maladie d'amour. Its title track "La maladie d'amour" ("The Disease of Love"), "Les vieux mariés" (which translates as "The old married couple", but adapted in English under the title "It's not too late to start again") and "Les villes de solitude" ("The Cities of loneliness") would eventually become great successes. However, this last song triggered a controversy as Sardou takes the role of a man who, tired of his monotonous daily routine, drunkenly expresses his brutal fantasies (of robbing a bank and raping women), but never acts on them. The feminist organisation MLF] objected.
Sardou married Françoise Pettré, a dancer, in 1965. They have two daughters : Sandrine (born on 15 January 1970) and Cynthia (born on 4 December 1973). They divorced in 1977. He married his second wife, Elizabeth Haas, called "Babette", in October 1977. They have two sons : Romain, writer (born on 6 January 1974) and Davy, actor (born on 1 June 1978). They divorced in June 1999. On 11 October 1999, married Anne-Marie Périer, the daughter of the actor François Périer and the sister of the photographer Jean-Marie Périer. She is the former editor-in-chief of Elle magazine. They were married in Neuilly-sur-Seine by former President Nicolas Sarkozy.