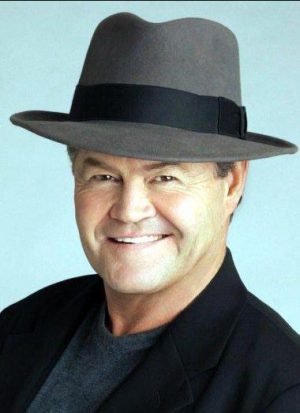 Micky is alive and kicking and is currently 77 years old.
Please ignore rumors and hoaxes.
If you have any unfortunate news that this page should be update with, please let us know using this .

Does Micky Dolenz Have the coronavirus?

George Michael "Micky" Dolenz, Jr. is an American actor, musician, television director, radio personality and theater director, best known as the drummer and principal lead vocalist of the 1960s pop/rock band the Monkees.
In June 2006, Dolenz played Charlemagne at the Goodspeed Opera House for the revival of the musical Pippin in East Haddam, Connecticut. He also toured in that role. Also in the mid-2000s, Dolenz played the role of Zoser in the Broadway production of Elton John and Tim Rice's Aida.

Dolenz has been married three times and is the father of four daughters. In 1967, while in the UK on tour, Dolenz met future wife Samantha Juste, a co-presenter on BBC TV's pop music show, Top of the Pops. They married in 1968 and their daughter Ami Dolenz was born on January 8, 1969; she became an actress who was particularly active in the 1980s and 1990s. Dolenz and Juste divorced in 1975, but remained close friends until her death following a stroke on February 5, 2014.
He married Trina Dow in 1977. The couple had three daughters: Charlotte Janelle (born August 8, 1981), Emily Claire (born July 25, 1983), and Georgia Rose (born September 3, 1984). They divorced in 1991. Trina Dow Dolenz has become a couples therapist, still using her married name. Dolenz married his third wife, Donna Quinter, in 2002.