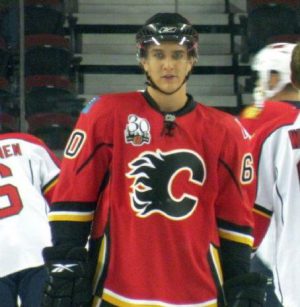 Mikael is alive and kicking and is currently 33 years old.
Please ignore rumors and hoaxes.
If you have any unfortunate news that this page should be update with, please let us know using this .

Mikael Backlund (born March 17, 1989) is a Swedish professional ice hockey centre currently playing for the Calgary Flames of the National Hockey League (NHL). Backlund was a first round selection, 24th overall, of the Flames in the 2007 NHL Entry Draft, and made his NHL debut in 2008–09. He played junior hockey for VIK Västerås HK in the J20 SuperElit and the Kelowna Rockets of the Western Hockey League (WHL). He was a member of Kelowna's WHL championship team in 2009.