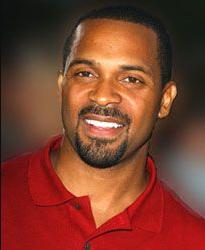 Mike is alive and kicking and is currently 51 years old.
Please ignore rumors and hoaxes.
If you have any unfortunate news that this page should be update with, please let us know using this .

Does Mike Epps Have the coronavirus?

Michael Elliot "Mike" Epps is an American stand-up comedian, actor, film producer, writer and rapper. He is best known for playing Day-Day Jones in Next Friday and its sequel, Friday After Next, and also appearing in The Hangover, as "Black Doug". He was the voice of Boog in Open Season 2, but was replaced by Matthew J. Munn in Open Season 3. As of 2010, Epps was the executive producer on a documentary about the life story of a former member of Tupac Shakur's Outlawz, Napoleon: Life of an Outlaw. He is also known for playing L.J. in Resident Evil: Apocalypse and Resident Evil: Extinction in 2004 and 2007 respectively.
In 1999, Epps was then cast as Ice Cube's co-star (effectively, Chris Tucker's replacement) in the sequel, Next Friday. This came after weeks of auditions after Ice Cube attended a stand-up set Epps did, and then asked Epps to try out for the role of Day-Day Jones. His role as Day-Day Jones was a breakthrough for the new actor, who was already familiar to much of the audience from his stand-up work. Later that year, Epps had a cameo in 3 Strikes, and supported Jamie Foxx in Bait.

Epps served as the "Super Bowl ambassador" in his native Indianapolis for the 2012 Super Bowl. He was featured in commercials promoting the Super Bowl Village and he made special appearances in the Village during the week of the Super Bowl.
Epps married Mechelle McCain in July 2006; they lived in Beverly Hills, California together until 2017. He met her while filming The Fighting Temptations (in which they appeared alongside Cuba Gooding, Jr. and Beyoncé). McCain had a minor, non-speaking role in the movie as Epps' character's girlfriend. Mike and Mechelle divorced in September 2017.