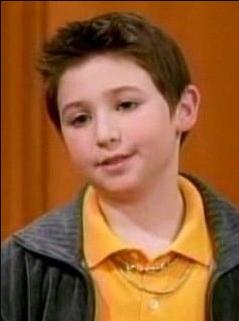 Mike is alive and kicking and is currently 29 years old.
Please ignore rumors and hoaxes.
If you have any unfortunate news that this page should be update with, please let us know using this .

Does Mike Weinberg Have the coronavirus?

Mike Weinberg is an American actor who was born on February 16, 1993. He is the younger brother of actor Matt Weinberg.
He made his acting debut when he accompanied his older brother Matt to Vancouver in 1998 and scored a minor role in the independent feature film Spooky House (2002), starring Matt Weinberg, Ben Kingsley and Mercedes Ruehl. The small role was enough to whet his appetite for the business and upon returning from Canada, Mike began auditioning for his own roles. In less than two years, Mike has had substantial success winning guest roles on a host of successful television shows.

Mike Weinberg has numerous commercials to his credit as well, including a national McDonald's commercial that debuted between the Superbowl and Survivor II in January 2001. Marnie Cooper is Mike Weinberg's acting coach; Larry Moss has been his dialect coach. He is represented by Innovative Artists for theatrical work and Abrams Artists for commercials. His personal manager is Elissa Leeds of Reel Talent Management, Inc. A student at a Los Angeles public school, Mike is also the starting shortstop for his little league team, the Cubs. He lives in Los Angeles with his mom, Dana; his dad, Larry, a public relations executive; his brother Matt, 10; three dogs, one frog and one lizard.