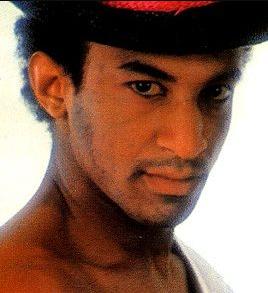 Mikey is alive and kicking and is currently 61 years old.
Please ignore rumors and hoaxes.
If you have any unfortunate news that this page should be update with, please let us know using this .

Does Mikey Craig Have the coronavirus?

Michael Emile "Mikey" Craig (born 15 February 1960) is an English musician and DJ, best known as a bassist of the 1980s pop group Culture Club.In 1988, he released a single "I'm A Believer". Following the single's flop, Craig, with the help of his brother Greg, completed an album which was shelved by v*rgin Records.Craig was an executive producer, in the mid-nineties, for his own critically acclaimed dance label, SLAMM records, generating dance hits by artists like Mr. & Mrs. Smith and also Mankey.Now, Craig is touring with Culture Club original members Boy George, Roy Hay, and Jon Moss. Craig has also performed with Kid Creole and the Coconuts during their UK shows.Personal lifeCraig went to St Clement Danes School in DuCane Road, Hammersmith. Craig had two children with Cleo Scott (daughter of the author and political campaigner Erin Pizzey), a son, Keita, born in 1977 and a daughter Amber, born 18 months later. Keita was a paranoid schizophrenic who committed suicide in Wandsworth Prison in 2000. Craig ended his relationship with Cleo shortly after Culture Club's rise to fame in 1982. He is now married to an Italian woman named Lilli and had with her three sons: Milo Emile (b. 1990), Paco Gigi (b. 1992) and Geo Luca (b. 1998).