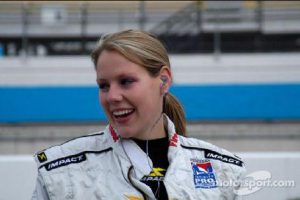 Mishael is alive and kicking and is currently 41 years old.
Please ignore rumors and hoaxes.
If you have any unfortunate news that this page should be update with, please let us know using this .

Mishael Abbott (born June 21, 1981 in Jefferson City, Missouri) is a female race car driver. In 2001, she began racing in Formula Mazda. In 2005 she drove in four Indy Pro Series races for Hemelgarn Johnson Motorsports with a best finish of 8th in her first race and 13th in points. In 2006 she made three starts for Michael Crawford Racing and despite finishing all three races, had a best finish of 12th. Since 2007 she has competed in Sports Car Club of America C Sports Racer, Formula Mazda, and Formula Atlantic competition.