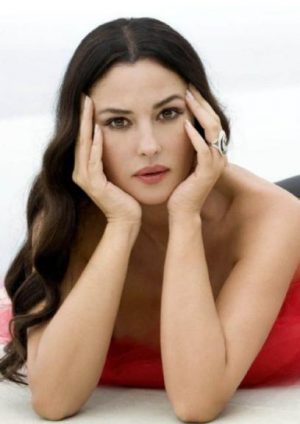 Monica is alive and kicking and is currently 57 years old.
Please ignore rumors and hoaxes.
If you have any unfortunate news that this page should be update with, please let us know using this .

Does Monica Bellucci Have the coronavirus?

Monica Anna Maria Bellucci is an Italian actress and fashion model. Bellucci began her career as a model and made a transition to Italian films. She played the role of Persephone in the 2003 science-fiction films The Matrix Reloaded and The Matrix Revolutions, Mary Magdalene in the 2004 biblical drama The Passion of the Christ, Malèna Scordia in the 2000 film Malèna and Alex in the controversial art film Irréversible. Bellucci was a Bond girl in the 2015 James Bond film Spectre, making her the oldest Bond girl in the franchise.
In 2003, she was featured in Maxim. Men's Health also named her one of the "100 Hottest Women of All-Time", ranking her at No. 21. AskMen named her the number one most desirable woman in 2002. According to two national newspapers, she is considered an Italian sex symbol.

Bellucci's film career began in the early 1990s. She played some minor roles in La Riffa (1991) and Bram Stoker's Dracula (1992). In 1996, she was nominated for a César Award for best supporting actress for her portrayal of Lisa in The Apartment and strengthened her position as an actress. She became known and popular with worldwide audiences, following her roles in Malèna (2000), Brotherhood of the Wolf (2001), and Irréversible (2002).
Bellucci married Italian photographer Claudio Carlos Basso in 1990; they divorced in 1994.
Bellucci met French actor Vincent Cassel on the set of their 1996 film The Apartment. They married in 1999 and have two daughters, Deva (born 2004) and Léonie (born 2010). Bellucci and Cassel announced their divorce on 26 August 2013.