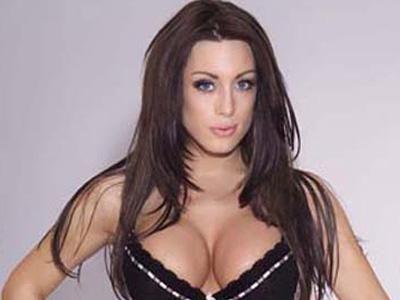 Monica is alive and kicking and is currently 40 years old.
Please ignore rumors and hoaxes.
If you have any unfortunate news that this page should be update with, please let us know using this .

The Cheeky Girls are a pop music duo formed by twin sisters Monica and Gabriela Irimia, from Cluj-Napoca in Transylvania, Romania, but based in Britain. The sisters were born on October 31, 1982 to Doru and Margit Irimia. Gabriela is older by 10 minutes.
Their early life in Romania consisted of studying gymnastics and ballet and touring with the Hungarian National Opera. Moving to the United Kingdom with their mother in 2002, the girls shot to fame as the Cheeky Girls after auditions on the British TV shows, Channel 4`s Model Behaviour and more importantly Popstars: The Rivals. Following two appearances on the show with their audition which had judges Pete Waterman and Louis Walsh not knowing what to say ("cheeky" Pete Waterman was later quoted as saying they were the worst act ever), various record companies approached the Granada Press Office. The Press Office contacted Paul Holland at Granada Ventures who was able to secure them a deal with the Multiply label part of Telstar Records. "The Cheeky Song (Touch My Bum)" was swiftly recorded and released in the first week in December. Entering the chart at number 3 the single peaked at number 2. In the week before Christmas this was one of three singles from the Popstars: The Rivals show to occupy the Top 3; One True Voice and Girls Aloud held the other two positions.

Although they failed to pass the auditions for either show, they received enough publicity to launch a pop career, releasing four singles and one album in the UK, and also touring Europe and Asia.Their music is primarily disco-pop. All their songs are written by their mother, who acts as their manager. In January 2004, their first single, "The Cheeky Song (Touch my Bum)" was voted the worst pop record of all time in a Channel 4 poll although it had spent 5 weeks in the top 5 in the UK singles chart, and peaking at Number 2 for 4 (non-consecutive) weeks.
The Cheeky Girls were famed at the start of their career for rarely singing live. Contrary to public belief, they have performed live on many occasions (performances during the publicity tour for "Cheeky Flamenco" were always live). When their record company Multiply went into liquidation in 2004 the girls turned down several deals from other companies and decided to launch their own label XBN, and have already signed Hollyoaks star Andy Newton-Lee. In August 2004, they appeared as guests in a segment on the British science-related series Brainiac to analyse the effects of stress and relaxation on concentration related tasks, such as remembering series of numbers and singing the lyrics of their song "Cheeky Girls" backwards.
In November 2004, they appeared on a celebrity duo version of the Weakest Link, in which they held the place of Strongest Link in a number of rounds.In May 2005, they helped to open the studios of new local radio station Big L 1395, along with Cliff Richard. They have also have specially recorded a new version of "We Love the Pirate Stations" for the station. The Cheeky Girls are also involved in a lot of charity work and are very keen supporters of the UK Children`s Charity ChildLine.
In June 2006, the Cheeky Girls performed with dance act N-Trance in front of an audience of 1200 at `Big D`, the end-of-year event for students of Derwent College, University of York. They later appeared as guests on ITV`s The Mint to promote the album. On 4 August 2006 London newspaper the Evening Standard reported that the Cheeky Girls were already "at rock bottom" and facing bankruptcy action in court due to the fact they had not been paid by their now defunct record company Telstar Records. The article said that the girls owed £4,500 in unpaid taxes, along with other bills due, and that Telstar owes them £2.2 million. Later it was reported that they owed £130,000 in total. The Cheeky Girls new album In My Mind Is A Different World (A Cheeky One!) was released as a digital download on the 24th December.
On 1 December 2007 The Cheeky Girls performed and switched on the town`s Christmas lights in Camborne, Cornwall. They then performed at The Corn Exchange nightclub in the town.