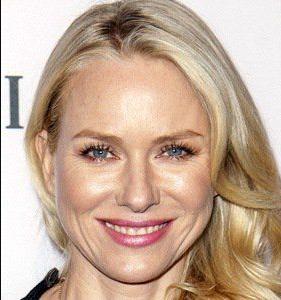 Naomi is alive and kicking and is currently 53 years old.
Please ignore rumors and hoaxes.
If you have any unfortunate news that this page should be update with, please let us know using this .

Does Naomi Watts Have the coronavirus?

Myfanwy's information is not available now.

Naomi Ellen Watts is a British actress and film producer. She made her screen debut in the Australian drama film For Love Alone and then appeared in the Australian television series Hey Dad..! (1990), Brides of Christ (1991) and Home and Away (1991) and alongside Nicole Kidman and Thandie Newton in the coming-of-age comedy-drama film Flirting (1991). After moving to America, Watts appeared in films, including Tank Girl (1995), Children of the Corn IV: The Gathering (1996) and Dangerous Beauty (1998) and had the lead role in the television series Sleepwalkers (1997-1998).