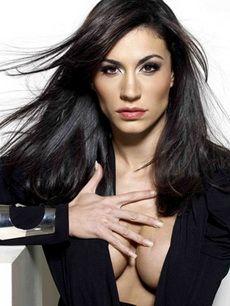 Natacha passed away on February 23, 2019 at the age of 43 in Benavidez, Buenos Aires Province, Argentina. Natacha's cause of death was drug overdose.

Natacha Jaitt is an Argentinean model and TV personality who was born on August 13, 1975.
Being a model of pornographic magazine, Natacha looked for another type of opportunities and went to live in Spain with only ten dollars as explained on several occasions. While there, she signed up for the Big Brother competition, where she spent all the interviews, but was finally chosen as a reserve due to her legal problems as she did not have a residence card or Spanish citizenship. His entry to the house came a week after the start of the contest, when the Mercedes participant voluntarily left the first day.

In the Argentine summer of 2008 she starred in Caliente, her first play in the Lorange, under the production of Gerardo Sofovich.
On February 23, 2019 was found dead in a party hall of Benavidez, Tigre party. The body was naked on a local bed. The doctor of the scientific police pointed out that there were no signs of external violence. After the event, Jaitt's lawyer, Alejandro Cipolla, has pointed out the possibility that her client has been murdered, given certain inconsistencies regarding the circumstances of her death in the respective reports, for which she would request to open an investigation file in this regard.