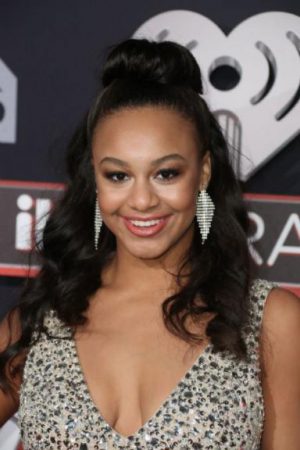 Nia is alive and kicking and is currently 21 years old.
Please ignore rumors and hoaxes.
If you have any unfortunate news that this page should be update with, please let us know using this .

Does Nia Sioux Have the coronavirus?

Nia Sioux's mother, Holly Frazier, is still alive and kicking at the age of 52. She is American and has had a career as a television personality, motivational speaker, education expert, principal (former).

Nia Sioux Frazier is a dancer, training at the Abby Lee Dance Company since the age of three. She is the daughter of Evan and Holly Frazier, and the sister of Evan and William Frazier.
Abby has had Nia portray many different ethnicities, such as Indian, but Holly doesn't like it. Although Abby doesn't give her the most attention, Nia is considered to be very hard-working. Her favorite styles of dance are contemporary and musical theatre.

In early 2016, it was rumored that Nia had left the ALDC but will continue to compete under the company for the show.
To her credit, Nia began making a name for herself while she was on Dance Moms. In 2015, she released her first song and accompanying music video called “Star In Your Own Life” which has over 12 million views on Youtube. She has since released several original songs and videos, including a holiday song collaboration and another successful video to the song "Slay."