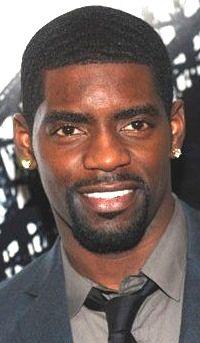 Nicoye is alive and kicking and is currently 49 years old.
Please ignore rumors and hoaxes.
If you have any unfortunate news that this page should be update with, please let us know using this .

Nicoye Banks (born January 6, 1973) is a dynamic and versatile film and stage actor, Nicoye Banks native of New Orleans has a passion and love for his craft exemplified in his vast body of work. Recently, Nicoye co-starred alongside [Underwood], [Leal] and [Grier] in the highly anticipated, [ ] Image Awards Nominated “Woman Thou Art Loosed: On The Seventh Day“ by [T.D. Jakes] directed by [Barnette]. This coming off the heels of celebrating the success of two debut films, "Brooklyn's Finest" co-starred alongside Wesley Snipes, Richard Gere, Don Cheadle and Ethan Hawk and in the thriller "Green Zone" co-starred alongside with Matt Damon.