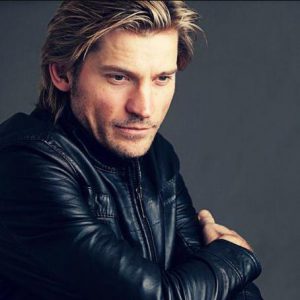 Nikolaj is alive and kicking and is currently 51 years old.
Please ignore rumors and hoaxes.
If you have any unfortunate news that this page should be update with, please let us know using this .

Does Nikolaj Coster Waldau Have the coronavirus?

Nikolaj Coster-Waldau was born on July 27, 1970 in Rudkøbing, Denmark. He is an actor and producer, known for Game of Thrones (2011), Oblivion (2013) and Gods of Egypt (2016). He has been married to Nukâka since 1998. They have two children.
Coster-Waldau married Nukâka, a Greenlandic actress and singer, in 1998, and they live in Kongens Lyngby with their two children, daughters Filippa (born October 2000) and Safina (born November 2003), as well as two dogs.

Filippa has starred in a Danish short film, The Girl and the Dogs, which was shown at the Cannes Film Festival in 2014.
His father-in-law is Josef Motzfeldt, a member of the Parliament of Greenland and former leader of the Community of the People party.
He is a supporter of English football club Leeds United and he is a member of the Leeds United Supporter's Trust.
In September 2017, Coster-Waldau has signed on to narrate one of the fairytales for GivingTales, the celebrity storytelling app for children and adults alike. He is going to narrate The Steadfast Tin Soldier, on which he commented with the following: “I am from Denmark and Hans Christian Andersen is part of our culture and I am very proud being part of this project. The Steadfast Tin Soldier is a beautiful love story which we can all relate to.”