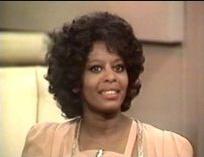 Nina is alive and kicking and is currently 77 years old.
Please ignore rumors and hoaxes.
If you have any unfortunate news that this page should be update with, please let us know using this .

Does Nina Baden Semper Have the coronavirus?

Nina Baden-Semper (born 1945) is a British actress of Trinidadian descent, best known for her role as Barbie Reynolds in the controversial sit-com of the 1970s, Love Thy Neighbour for Thames Television.
Born in Trinidad, Nina Baden-Semper was a dancer when she first came to Britain, before going on to act. In an acting career that spans more than 40 years, Nina Baden-Semper has appeared in numerous radio, television, film and theatre productions and has toured worldwide in many plays. She has had varied stage roles in dramatic works that range from The Bacchae by Euripides, Le Bourgeois Gentilhomme by Molière and The Blacks by Jean Genet to modern thrillers such as Wait Until Dark and Stepping Out, as well as comedy roles. She has been a television presenter for children’s programmes and also Morning Worship for the BBC, and has made numerous guest appearances on quizzes, talks and panel shows both nationally and internationally. Baden-Semper made two single releases and an album and was recently a rapper on the So Solid Crew video.

She has appeared mainly in character parts in TV, including in the ill-fated revival of Crossroads in 2002. In 2006, she guest-starred in the Doctor Who audio adventure Memory Lane. Another notable television part after many years was in the BBC Two black magazine showcase The A-Force in a series entitled Brothers and Sisters, in which she played the part of Elder Gittens' widow.
Baden-Semper has been the recipient of Joint Television Award and also Outstanding Female Personality, and was the subject of the ITV programme This Is Your Life on 12 March 1975. She was also given the Scarlet Ibis Award by the Trinidad & Tobago High Commission in London, for meritorious service.