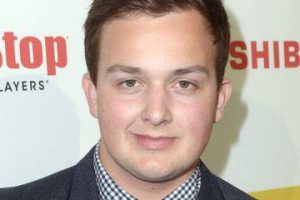 Noah is alive and kicking and is currently 26 years old.
Please ignore rumors and hoaxes.
If you have any unfortunate news that this page should be update with, please let us know using this .

Does Noah Munck Have the coronavirus?

Noah Munck was born in Orange County, California, to Kymbry (Robinson), a full-time mom, and Greg Munck, an executive pastor at a Mission Viejo church. Noah is the oldest of 5 kids, he has 4 brothers and 1 sister. After seeing how much fun his sister's were having in an improv class, Munck decided that he wanted to be enrolled as well. Encouraged by his sister and his improv teacher, Munck decided that he wanted to pursue acting professionally.
Munck first broke into the entertainment business as a commercial actor at age 10 with a Volkswagen spot followed by a national "Got Milk?" and a campaign for Kellogg's. Shortly thereafter, the talented young actor co-starred in several television series including "All of Us" (2003), "American Body Shop" (2007), and 1321 Clover (2007). He also guest-starred in "Rules of Engagement" (2007), "Wizards of Waverly Place" (2007), and "ER" (1994). In 2007 Noah landed the role of Gibby on Nickelodeon's hit series "iCarly" (2007).

Noah made his feature-film debut as the foul-mouthed tough-guy Ryan Tucker in The Rainbow Tribe (2008). Noah's filmography also includes roles in All About Steve (2009), Four Christmases (2008), and Bad Teacher (2011).
Munck is an active supporter of Camp Del Corazon, a summer camp on Catalina Island, California, for children with heart disease.