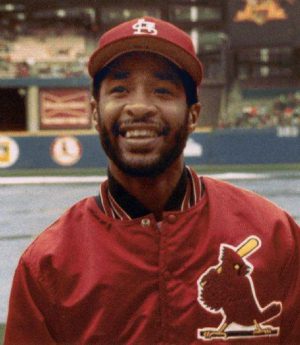 Osborne is alive and kicking and is currently 67 years old.
Please ignore rumors and hoaxes.
If you have any unfortunate news that this page should be update with, please let us know using this .

Osborne Earl "Ozzie" Smith (born December 26, 1954) is a retired American baseball shortstop who played in Major League Baseball (MLB) for the San Diego Padres and St. Louis Cardinals from 1978 to 1996.
Nicknamed "The Wizard" for his defensive brilliance, Smith set major league records for career assists (8,375) and double plays (1,590) by a shortstop (the latter since broken by Omar Vizquel), as well as the National League (NL) record with 2,511 career games at the position; Smith won the NL Gold Glove Award for play at shortstop for 13 consecutive seasons (1980–92). A 15-time All-Star, he accumulated 2,460 hits and 580 stolen bases during his career, and won the NL Silver Slugger Award as the best-hitting shortstop in 1987. He was elected to the Baseball Hall of Fame in his first year of eligibility in 2002. He was also elected to the St. Louis Cardinals Hall of Fame in the inaugural class of 2014.

Upon retirement, Smith took over for Mel Allen as the host of the television series This Week in Baseball (TWIB) in 1997. Smith also became color commentator for the local broadcast of Cardinals games on KPLR-TV from 1997 to 1999. When his stint on This Week in Baseball concluded, Smith then moved on to do work for CNN-SI beginning in 1999. After La Russa retired as manager of the Cardinals in 2011, Smith became active in the organization again, starting with his stint as a special instructor for the team's 2012 spring training camp.
Besides the National Baseball Hall of Fame, Smith has been also inducted or honored in other halls of fame and recognitions. In 1999, he ranked number 87 on The Sporting News' list of the 100 Greatest Baseball Players, and finished third in voting at shortstop for the Major League Baseball All-Century Team. He was honored with induction into the Missouri Sports Hall of Fame, Alabama Sports Hall of Fame and the St. Louis Walk of Fame, and received an honorary Doctor of Humane Letters degree from Cal Poly. In January 2014, the Cardinals announced Smith among 22 former players and personnel to be inducted into the St. Louis Cardinals Hall of Fame Museum for the inaugural class of 2014.