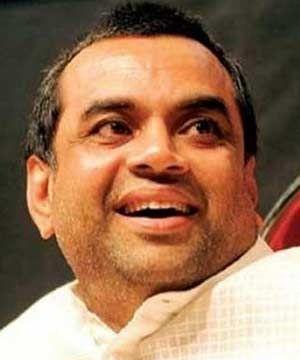 Paresh is alive and kicking and is currently 67 years old.
Please ignore rumors and hoaxes.
If you have any unfortunate news that this page should be update with, please let us know using this .

On May 21, 2017, Paresh Rawal tweeted: "Instead of tying stone pelter on the army jeep, tie Arundhati Roy" making a reference to the allegations that Indian soldiers tied a Kashmiri to their jeep and used him as a human shield, and it was presumed that he wanted Roy to be used as a human shield. Rawal's tweet provoked a controversy, and he was accused of advocating violence against women. He was criticized by fellow actor Swara Bhaskar. Rawal, who is a member of the ruling BJP, was also criticized by Congress leader Shobha Ojha while filmmaker Ashoke Pandit supported his tweet.
He addressed the tweet controversy in July 2017 by saying with regard to Roy that he was exercising his freedom of expression - "If she is right, then even I am right. If she regrets making the comments, then I also regret. Agreed that this is fake news, but what about the comments that she made on 2002 Godhra riots? If you have freedom of expression then even I have it".