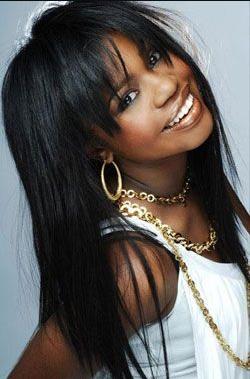 Paris is alive and kicking and is currently 33 years old.
Please ignore rumors and hoaxes.
If you have any unfortunate news that this page should be update with, please let us know using this .

Does Paris Bennett Have the coronavirus?

Paris Ana'is Bennett is an American singer and a former contestant on the fifth season of the reality television talent show, American Idol, finishing in fifth place. Bennett released her debut album Princess P on 306 Entertainment/TVT Records in 2007, as well as a holiday album in 2008 entitled "Royal Christmas."
Bennett was born in Rockford, Illinois, to Jamecia Venzett Bennett, former soprano vocalist of the vocal ensemble Sounds of Blackness, and current solo artist. Bennett comes from a musical family that includes her Grammy award winning Grandmother Ann Nesby. Paris began foregoing her singing alter ego at the age of four, at her great grandfather’s church in Rockford, Illinois, Macedonia Baptist Church.

At 4’ 11”, Paris Bennett may be pint-sized, but she definitely has the undeniable ability to stand out like the brightest star in the sky. After “American Idol”, Bennett at age 18 began recording and preparing for the release of her debut album, “Princess P” (a nickname given to her by Ryan Seacrest). When asked about the album Bennett said, “This album is a little bit of everything I did on ‘Idol,’ I don’t like being put in one category, or one genre. I’m into Pop, Jazz, R&B, Hip Hop, Gospel … you may even hear me do a Rap thing or a Country version of something”.
Bennett appeared on The Tonight Show with Jay Leno on Thursday, May 4, 2006. She got to spin the Wheel of Consolation. She won a Lincoln Aviator, only to have someone come out dressed as Abraham Lincoln wearing aviator glasses. Bennett also appeared on Total Request Live, The Ellen DeGeneres Show, Entertainment Tonight, Live With Regis and Kelly, On Air With Ryan Seacrest, WSTR-FM (on The Steve & Vikki Morning Show), and the Today Show, among others.