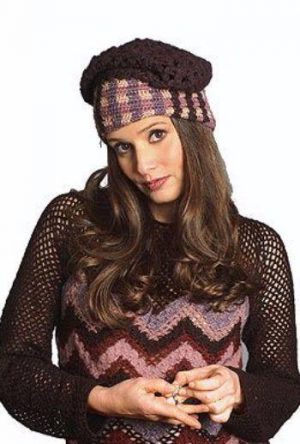 Patricia is alive and kicking and is currently 56 years old.
Please ignore rumors and hoaxes.
If you have any unfortunate news that this page should be update with, please let us know using this .

Susana Patricia Pereyra Sarmiento (born in Lima, Peru on 14 of November 1966 she is an actress and director of theater Peru.Biography Daughter of Alfonso Pereyra and Ana María Sarmiento de la Puente. She studied at the Santa Ursula School in the city of Lima.She Debuted at 17 years of age in experimental theater and later in the Peruvian telenovela Carmín in January of 1985; 1 later traveled to Mexico contracted by the Televisa chain and worked alongside figures such as Angélica Aragón , Augusto Benedico and Carlos Ancira in the telenovela Vivir un poco in June 1985 , later with Salma Hayek , Gael García Bernal and Daniel Jiménez Cacho in Teresa , etc.She studied History of Art in Mexico at the Institute of Higher Culture, obtained his postgraduate certificate in Film at New York University and a diploma in Theater at the Webber Douglas Academy of Dramatic Art in London. He lived in Paris, France where he studied with Jacques Lecoq and Philippe Gaulier and at the school of Augusto Boal.In 1991, she participated in Long Road to Tijuana , for which she was nominated for Best Actress co-star in the Ariel Awards. This film by Luis Estrada was the precursor of the boom of the new Mexican cinema. The producers were Alfonso Cuarón and Emmanuel Lubezki. She has also worked with Guillermo del Toro in the scheduled time.After traveling and studying in several countries he returned in 1998 to Peru with the project for children of Travesuras del corazón which he finally made with Iguana Producciones. This project was devised by her as his first project of direction, but in the end ended up acting in him like protagonist. Then she returns to Mexico in 1999 to work in Háblame de amor next to Julieta Egurrola and Bruno Bichir in TV AZTECA. In 2000 she stars in the telenovela Cara or Cruz next to Ana de la Reguera with the producer Argos.In 2002, she worked on the films Eyes that do not see next to Gianfranco Brero and Gustavo Bueno of the Peruvian director Francisco Lombardi. Then in the debut of Salim Nayar You miss it with Alec von Bargen.She made her directorial debut with the documentary Javier Pérez de Cuéllar, "The Imperturbable" in 2006, based on the life of Javier Pérez de Cuéllar , former Secretary General of the United Nations. 3 She has worked with children in art and theater workshops in schools , Cultural centers and marginal areas of Peru. In 2005 he worked in the Andean town of Huántar, of which there is a video prepared for the teachers of that area. Huántar is very close to the archaeological center of Chavín de Huántar.In 2010 she directed the work Kafka and the traveling doll , based on the novel of the same name by Jordi Sierra i Fabra .In 2011 she wrote and directed the children's play "Adventure in Pachacámac" about the myths around this archaeological site in the central Peruvian coast.She finished the career of Restoration and Conservation of archaeological objects at the Yachay Wasi Institute in Lima in 2012 .