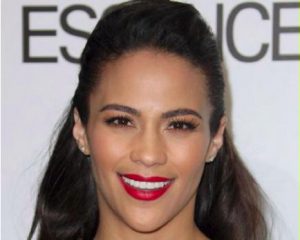 Paula is alive and kicking and is currently 46 years old.
Please ignore rumors and hoaxes.
If you have any unfortunate news that this page should be update with, please let us know using this .

Does Paula Patton Have the coronavirus?

Paula Patton Actress - Born 5 Dec 1975 - Even though bright-eyed actress Paula Patton began performing as a little girl, putting plays in her own back yard, the shy young woman didn't realize she wanted a career onscreen for many years to come. In high school, she became involved in a PBS series that took young, aspiring filmmakers on a trip across the country to work on their own documentaries, and when Patton graduated high school, she continued to pursue her interest in working behind the camera by enrolling the film school at the University of Southern California. After graduation, she worked as a production assistant, nurturing her goal of producing her own movie, but something felt missing. Finally, Patton realized that her passion was to be on the other side of the camera, so she enrolled in acting classes and strove toward her new goal in full force.Within a few years, Patton had landed a small role in Will Smith's 2005 comedy Hitch. The next year, she auditioned for a strange and exciting project by music-video director and first time filmmaker Bryan Barber starring Andre 3000 from the hip-hop group OutKast. The movie was called Idlewild, and the super-stylized comedy/crime drama/musical was set in the Prohibition-era American South. Patton's fresh new face was exactly what the unique project needed, and she was cast in the role of Angel Davenport, the female lead. Though the film wasn't geared toward the mainstream, it was a cult success among audiences and critics who appreciated its quirky style.Patton's star continued to rise as later that same year she was cast in another substantial role, this time in a much more high-profile movie. As the damsel Denzel Washington must travel through time to save in the Tony Scott action thriller Déjà Vu, Patton's sweet but solid force onscreen was lauded, even by critics who bashed the movie for being overly serious. For her next project, the actress signed on to star opposite Kiefer Sutherland in the horror movie Mirrors, slated for release in 2007. She appeared in the 2008 political comedy Swing Vote, and the basketball themed romantic comedy Just Wright in 2010. She had her most high-profile success as a member of the team Ethan Hunt puts together in Mission Impossible - Ghost Protocol. She next appeared in the comedies Jumping the Broom, Baggage Claim and About Last Night (2014).Patton was married to R&B singer/songwriter Robin Thicke in 2005. She appears on the cover of his 2003 album A Beautiful World and in a number of his music videos. The couple officially divorced in 2015.