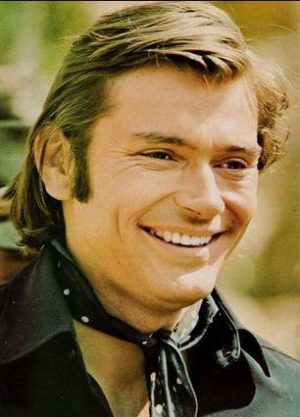 Pete passed away on December 31, 1971 at the age of 31 in Hollywood, California, USA. Pete's cause of death was suicide by gunshot.

Peter Ellstrom "Pete" Deuel was an American stage, television, and film actor, best known for his role as outlaw Hannibal Heyes in the television series Alias Smith and Jones.
Duel became involved in politics during the primaries for the 1968 presidential election, campaigning for Eugene McCarthy, in opposition to the Vietnam War. He attended the 1968 Democratic National Convention in Chicago, and witnessed the violence that erupted.

In the early hours of December 31, 1971, Duel died at his Hollywood Hills home of a self-inflicted gunshot wound to the head. Duel's girlfriend, Dianne Ray, was at his home at the time of his death and discovered his body. Ray later told police the two had watched Duel's series Alias Smith and Jones the previous evening. She later went to sleep in another room while Duel stayed up. Sometime after midnight, Duel entered the bedroom, retrieved his revolver and told Ray "I'll see you later." Ray then said she heard a gunshot from another room and discovered Duel's body.
According to police, Duel's friends and family said he was depressed about his drinking problem. He had been arrested and pleaded guilty to a driving under the influence accident that injured two people the previous June. Duel's death was later ruled a suicide.
After his death, his role in Alias Smith and Jones was taken over by Roger Davis, who was previously the narrator over the opening theme of the show. The loss of Duel proved too great for the series to be sustained and the series was cancelled in 1973.