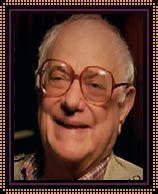 Peter passed away on April 26, 2003 at the age of 73 in Manhattan, New York City, New York. Peter's cause of death was pulmonary fibrosis.

Peter Hess Stone was an American writer for theater, television and movies. Stone is perhaps best remembered by the general public for the screenplays he wrote or co-wrote in the mid-1960s, Charade, Father Goose (1964), and Mirage (1965).