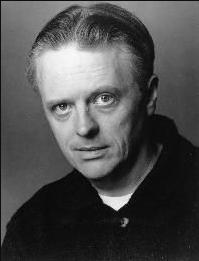 Philip is alive and kicking and is currently 66 years old.
Please ignore rumors and hoaxes.
If you have any unfortunate news that this page should be update with, please let us know using this .

Does Philip Franks Have the coronavirus?

Philip Franks is an English actor and theatre director, known to the public chiefly for his roles in British television series.
Franks is best known for his role as the tax inspector Cedric "Charley" Charlton in the English sitcom The Darling Buds of May, and also as Sgt. Raymond Craddock on Heartbeat. He has also been a guest star in Absolutely Fabulous, Pie in the Sky, Midsomer Murders, Foyle's War, Bleak House, Martin Chuzzlewit, The Buddha of Suburbia, The Green Man and To Serve Them All My Days. For the role of his character in Martin Chuzzlewit (Tom Pinch), Franks shaved off all of the hair on his head leaving wispy strands at the sides. When he was recognized in the street by fans they asked if he had done it for religious reasons.