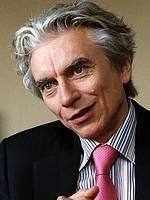 Philippe is alive and kicking and is currently 75 years old.
Please ignore rumors and hoaxes.
If you have any unfortunate news that this page should be update with, please let us know using this .

Does Philippe Duclos Have the coronavirus?

Philippe Duclos is an actor. He is known for Spiral (2005), Ma Mère (2004) and 1788... et demi (2010).
After missing the conservatory, he entered the Cours Florent in 1967 and worked with Daniel Mesguich. In the 1990s, he began to take secondary roles in the cinema, where he often interpreted severe characters, even disturbing. In The Favorite Son of Nicole Garcia (1994), he plays the tax inspector who puts at bay the protagonist played by Gerard Lanvin. In 1998, he plays in the TV movie De gré ou de forcethe role of a corporate degreasing specialist who harasses subordinates for resignation. He is then one of the main actors of the television series Engrenages, broadcast since 2005, holds and in which he interprets the judge François Roban. This recurring role allows him to gain notoriety among the general public.

At the same time, he teaches drama at Lycée Lamartine in Paris , Gérard-Philipe Theater in Saint-Denis and Conservatoire.
Married to actress Marie Matheron, he is the father of actress and director Julie Duclos.