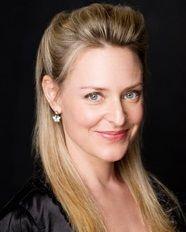 Rachael is alive and kicking and is currently 50 years old.
Please ignore rumors and hoaxes.
If you have any unfortunate news that this page should be update with, please let us know using this .

Does Rachael Beck Have the coronavirus?

Rachael Elizabeth Beck (born 9 February 1971) is an Australian stage and television singer-actress. From 1991 to 1994 Beck had a major role on the popular sitcom, Hey Dad..!, as Samantha Kelly. From 2006 to 2008, Beck appeared on all three seasons of Seven Network's celebrity singing competition It Takes Two, as a singing coach successively for Mark Furze, Ernie Dingo and Mark Wilson. She has appeared in the Australian musical theatre productions of Cats (1985), Disney's Beauty and the Beast (1995–96), Les Misérables (1995–96), The Sound of Music (August 2000 to February 2001), Cabaret, Singing in the Rain and Chitty Chitty Bang Bang. Beck released her first solo album This Girl on 7 March 2014.