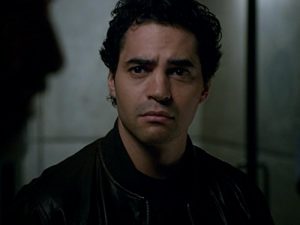 Ramon is alive and kicking and is currently 42 years old.
Please ignore rumors and hoaxes.
If you have any unfortunate news that this page should be update with, please let us know using this .

Ramón Rodríguez (born December 20, 1979) is a Puerto Rican-American actor known for his recurring roles in the television series The Wire (2006–08) and Day Break (2006–07). He appeared in Transformers: Revenge of the Fallen (2009) and The Taking of Pelham 123 (2009). He also played Bosley in the short-lived television reboot of Charlie's Angels (2011). In 2014, Rodríguez starred as Ryan Lopez in the short-lived Fox crime drama television series Gang Related.