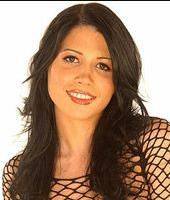 Rebeca is alive and kicking and is currently 39 years old.
Please ignore rumors and hoaxes.
If you have any unfortunate news that this page should be update with, please let us know using this .

Rebeca Linares (born June 13, 1983) is the stage name of a Spanish pornographic actress and Penthouse Pet. Although born in San Sebastián, Basque Country, Spain, she has lived for many years in Barcelona. She chose Rebeca for her stage name because "It's short and very strong" and Linares is her actual last name.
Linares began appearing in adult movies in 2005 in Spain; her best friend was a friend of Spanish adult star Nacho Vidal. Due to the low volume of work and money in Spain, she began working in other parts of Europe, such as Berlin and France. She moved to Los Angeles in March 2006. Linares said about her move, "I wanted to stay in one place, living and working every day, and here is the whole business."

In 2009, Spanish television channel Canal+ made a documentary about her life and career in America entitled Vente a Las Vegas, Nena (Come to Las Vegas, Baby). In January 2010, Linares won an AVN Award, along with Tori Black and Mark Ashley, for their three-way scene from the movie Tori Black Is Pretty Filthy.