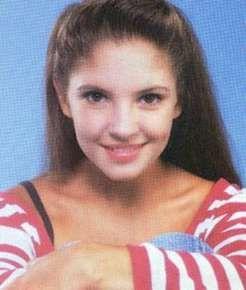 Rebekah is alive and kicking and is currently 48 years old.
Please ignore rumors and hoaxes.
If you have any unfortunate news that this page should be update with, please let us know using this .

Rebekah Sophie Elmaloglou Baker (Greek: Ρεβέκκα Σόφια Ελμαλόγλου; born 23 January 1974) is an Australian actress of who is currently known for her role as Terese Willis on the long-running soap opera Neighbours. She is best remembered for her portrayal of teenage tearaway and mother Sophie Simpson on Home and Away from 1990 to 1993 and again on a recurring basis from 2002 to 2005. Her brothers, Peter Elmaloglou, Dominic Elmaloglou and Sebastian Elmaloglou have also appeared on Home and Away.