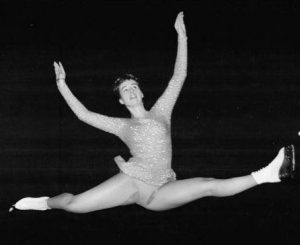 Regine is alive and kicking and is currently 78 years old.
Please ignore rumors and hoaxes.
If you have any unfortunate news that this page should be update with, please let us know using this .

Regine Heitzer (born 16 February 1944) is a retired Austrian figure skater. She competed at the 1960 and 1964 Winter Olympics and won a silver medal in the singles event in 1964. Between 1960 and 1965 she also won 11 medals at European and world championships. In 1967 she turned professional and skated for Vienna Ice Revue and Holiday on Ice. She retired in 1971 due to a knee injury and rarely danced since then – in 1979 she skated with Emmerich Danzer to promote the World Championships in Vienna.In the 1970s she turned to her father's business, wholesale upholstery fabrics, investing her earnings from her professional career. She eventually took over the company and converted it to a furniture store before retiring in 2010. In 1996 she was awarded a Decoration of Honour for Services to the Republic of Austria