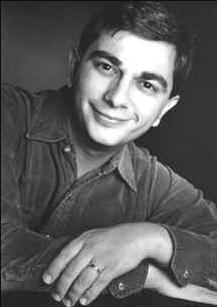 Rich is alive and kicking and is currently 70 years old.
Please ignore rumors and hoaxes.
If you have any unfortunate news that this page should be update with, please let us know using this .

Does Rich Koz Have the coronavirus?

Rich Koz (born March 12, 1952) is a Chicago area actor and broadcaster best known as horror-movie host Svengoolie. Out of costume, he is also the knowledgeable host of the syndicated The Three Stooges Stooge-a-Palooza program.
In June 1979, on WFLD-TV Ch. 32, Koz began as Son of Svengoolie, winning numerous local Emmy awards, and having his show syndicated to Philadelphia, Detroit, Boston, and San Francisco for a brief period. In 1986, after the station was acquired by the News Corporation, WFLD canceled Svengoolie, believing the show not dignified for a network affiliate. Koz did some freelance radio, including stints as a fill-in at WGN radio.

In 1995, Koz came back on the air as part of the launch team for newly independent station WCIU-TV, Channel 26. He became Svengoolie (after Jerry G. Bishop -- the original Svengoolie from 1970 to 1973 -- told him he could drop the "Son of" because he was "all grown up now") and resumed weekly horror movie shows, along with numerous other duties. Koz is now well known and well regarded in the Chicago area, having won numerous regional Emmy awards and having been admitted to the NATAS/Emmy "Silver Circle" for "outstanding contributions to Chicago television." Beginning in 2011, Koz began to be seen nationwide when his show became a regular Saturday night staple on the MeTV classic TV network.
In his Son of Svengoolie persona, Rich Koz is also known for the early '80s 3-D broadcast of Revenge of the Creature (the sequel to Creature from the Black Lagoon) that resulted in a civil action lawsuit by people who felt they didn't get enough 3-D for the 89 cents they spent for the cardboard glasses. Rumors that the broadcast included an accidental pornographic image are false.