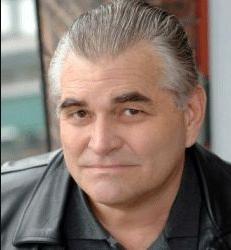 Richard is alive and kicking and is currently 74 years old.
Please ignore rumors and hoaxes.
If you have any unfortunate news that this page should be update with, please let us know using this .

Does Richard Council Have the coronavirus?

Richard Council grew up in Ruskin, Florida, the second son of Buford and Louise Council. He graduated from East Bay High School with the class of 1965 and earned a Bachelor of Arts degree from the University of Florida at Gainesville in 1969. In the summer of 1970 he won a grant to perform at the San Diego Shakespeare Festival. He then studied for a year on scholarship at the American Conservatory Theater, and was made an Equity Journeyman with the ACT Company from 1971-'72. He then moved to New York, and made his Broadway debut in "The Merchant of Venice" at Lincoln Center. Other Broadway credits include "Sherlock Holmes", "The Royal Family" (1976), "I'm Not Rappaport" (1984), "Conversations With My Father" (1990), "Uncle Vanya" (1992) and "The Little Foxes" (1998). He is married to actress Melissa Hurst, and with their son, Will Council, they live in New York City and in Dorset, Vermont.