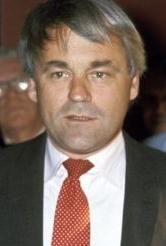 Richard is alive and kicking and is currently 92 years old.
Please ignore rumors and hoaxes.
If you have any unfortunate news that this page should be update with, please let us know using this .

Does Richard Gregson Have the coronavirus?

Richard Gregson (b 1930) was a British agent, film producer and screenwriter. He married the American actress Natalie Wood on 30 May 1969. The couple filed for divorce on 1 August 1971, and the divorce was finalised in April of the following year. Together they had one child, the actress Natasha Gregson Wagner, born 1970.
Natalie Wood was an American actress. Born in San Francisco to Russian immigrant parents, Wood began her career in film as a child and became a successful Hollywood star as a young adult, receiving three Academy Award nominations before she turned 25 years of age.

Gregson was nominated for the Academy Award for Best Original Screenplay at the 33rd Academy Awards for his work on The Angry Silence with his elder brother Michael Craig and Bryan Forbes.
Among his clients were Joe Janni, John Schlesinger and Alan Bates.
In 2012 he published a memoir titled Behind the Screen Door: Tales from the Hollywood Hills.