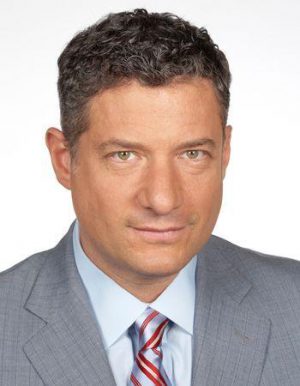 Rick is alive and kicking and is currently 62 years old.
Please ignore rumors and hoaxes.
If you have any unfortunate news that this page should be update with, please let us know using this .

Richard Gary Leventhal (born January 24, 1960), known professionally as Rick Leventhal, is an American reporter. He has been a senior correspondent for Fox News Channel based in New York since June 1997. Before joining FNC he spent 10 years in local news, reporting and anchoring in markets including Columbia and Spartanburg, West Palm Beach and Miami, Chicago, and New York City. He is a graduate of American University in Washington, D.C., with a B.A. in broadcast journalism.