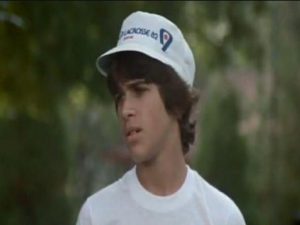 Ricky is alive and kicking.
Please ignore rumors and hoaxes.
If you have any unfortunate news that this page should be update with, please let us know using this .

Ricky's parents divorced while Ricky was still quite young. His time was split between his mother and his father, but he was still close with his cousins, Peter and Angela. He was away at his father's house when his uncle and cousins had a fatal boating accident. When he returned to Martha's home, he found Angela bandaged and living with them. He grew very protective of his meek cousin, especially after what she had gone through. Years later, his mother sent him to Camp Arawak, where he met Paul. The two harmless trouble-makers became best friends. During his third summer at camp, Ricky had a fling with a girl his age named Judy.